Rev. Fr. Arakel Aljalian received his theological training at the Seminary of the Armenian Patriarchate of Jerusalem.  Upon graduating from the seminary in 1981, Fr. Arakel was ordained a deacon at the St. James Armenian Monastery in Jerusalem.

Fr. Arakel came to the United States in 1983 and continued his theological studies at the General Theological Seminary in New York City.  He graduated from St. Nersess Armenian Seminary and St. Vladimir's Orthodox Theological Seminary in 1989 with a Master's of Divinity degree.  In the summer of 1985, during his time at St. Nersess, he completed the clinical pastoral education program at the Paul A. Dever School in Taunton, MA.

He was ordained as a priest on October 2 and 3, 1993, at Holy Martyrs Church.  He then served the parish as assistant pastor until March 1994, when he began his service at St. Nersess Seminary in New Rochelle, NY, as the rector until September 1999, when he was appointed the pastor at St. James Church of Watertown, MA.

Fr. Arakel authored a book titled General Epistle (Book I)—St. Nerses Shnorhali, which includes a translation of the text from the classical Armenian, as well as an introduction and commentary.  He also co-wrote Curriculum for Educating Infants who are Called to the Rank of Priesthood: Necessary and Useful Advice Written by Lord Arakel, Bishop of Siwnik, and Grigor of Tatev, the Great Rhetor, which appeared in St. Nersess Theological Review 1:2 (1996).  During his time as the rector of St. Nersess, Fr. Arakel was the creator and editor of the St. Nersess Theological Review.

In addition to his seminary studies, Fr. Arakel specializes in iconography, ancient art, and medieval manuscript illumination.  He studied at the School of Sacred Arts in New York City from 1986 to 1989.  Then, from 1989 to 1990, he studied at the Milwaukee Institute of Art and Design.

Fr. Arakel is married to Yn. Natasha, and they have been blessed with two children - Gabriel Simon and Mary Grace. 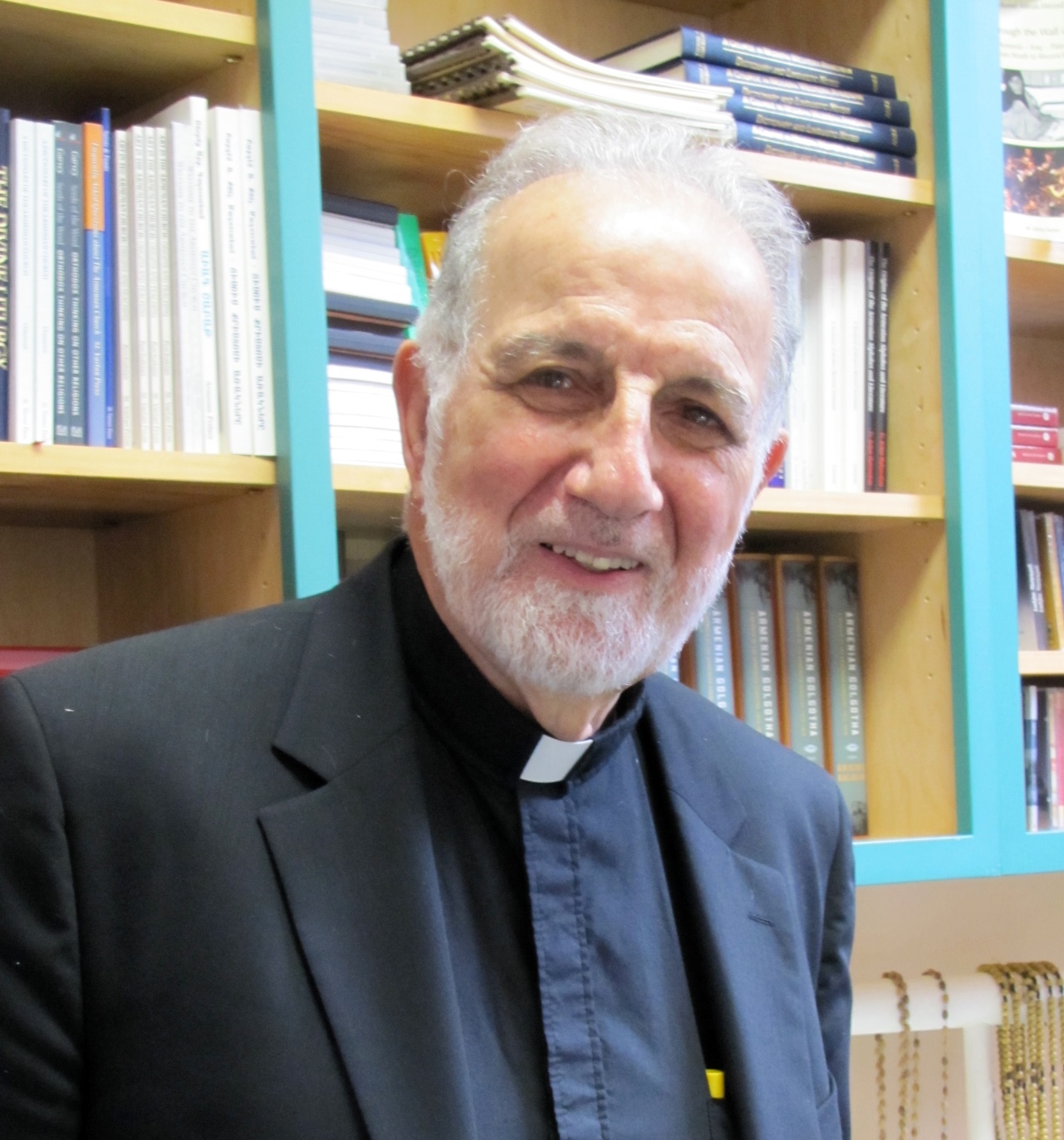 Rev. Fr. Arsen Barsamian was born as Steven Barsamian in South Milwaukee, WI. He was awarded a music scholarship and studied at the University of Wisconsin. He studied music theory and composition for three years, but then decided to follow his calling to the priesthood in 1953.

From 1953-1955, he studied at the Catholicate of Cilicia in Antelias, Lebanon, and from 1955-1956, at the St. James Armenian Patriarchate in Jerusalem. Upon his return to the United States he studied at the following schools from 1956-1959: Kendall College, Seabury-Western Theological Seminary, and Garrett Biblical Seminary. During this period, he assisted at the St. James Armenian Church of Evanston, IL, and St. Gregory Armenian Church of Chicago, IL.

In 1974, he was assigned as the first full-time pastor at St. John the Baptist Church of Milwaukee. In 1967, upon instruction of the Primate, Bishop Torkom Mnoogian, he served as pastor at the St. James Armenian Church of Richmond, VA.

As of 1989, Fr. Barsamian has served as the associate pastor at St. James Armenian Church of Watertown, MA.